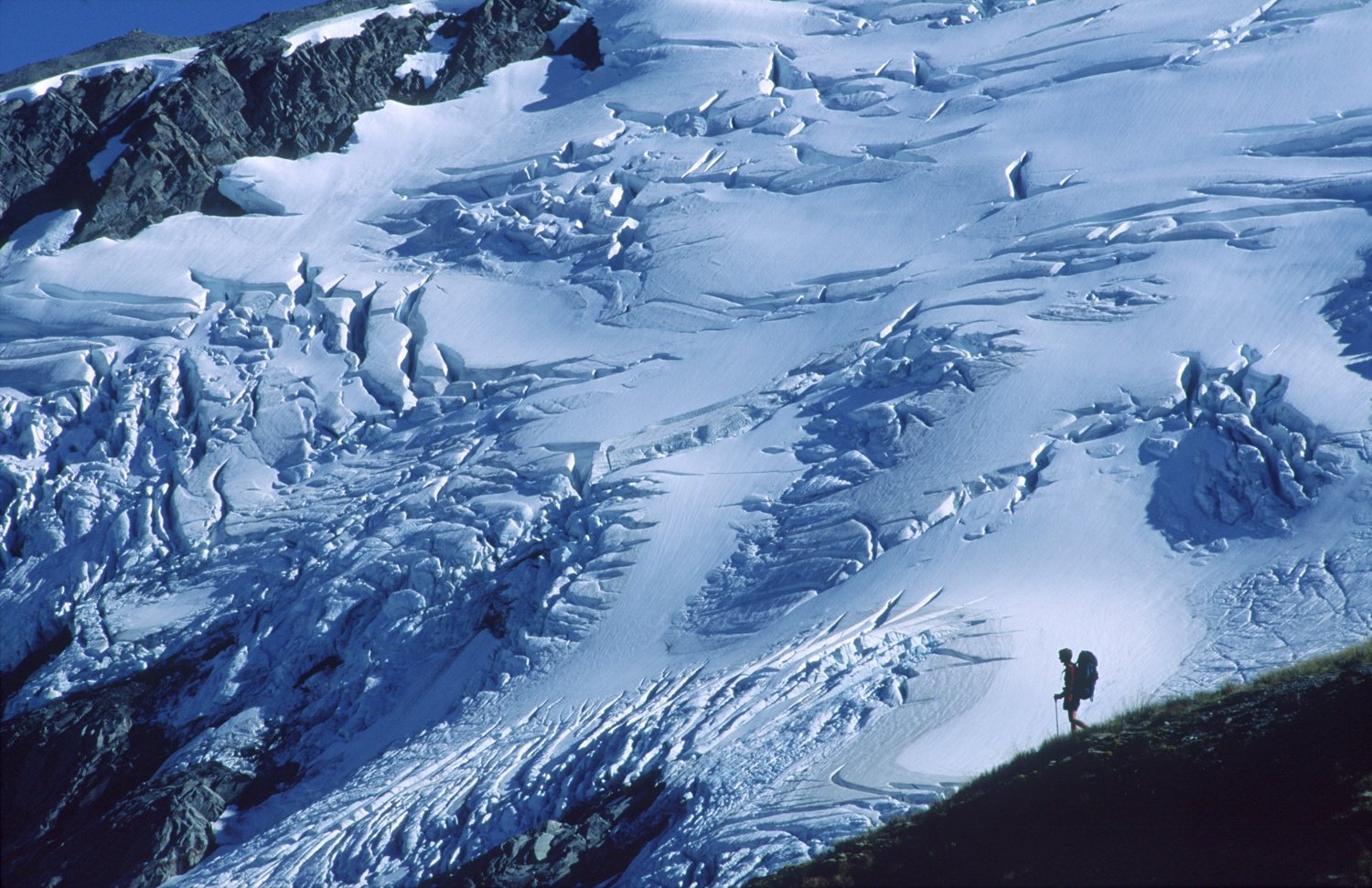 Posted at 13:10h in Locations, Story behind the Image by Gareth McCormack
0 Likes
Share

The Nikon 80-200 f.2.8D ED lens is probably my all-time favourite lens and was probably the only piece of kit I was sorry to see go when I made the jump from film to digital and Nikon to Canon. It had beautifully sharp optics and incredible build quality – mine survived two substantial falls onto rock surfaces and a complete immersion in water. These days I prefer the extra reach of a 100-500 zoom as my go to telephoto option, but in the late 90s the 80-200 was an obvious choice. Back then I was also more likely to carry it on an overnight hike in the mountains even though it added more than an extra kilo to my bag. The compression of topography under a telephoto lens brings the power and grandeur of big mountains to an image in a way wide angle perspectives can’t.

This was my second trip to New Zealand’s South Island in as many years but my first real trip into the Southern Alps. My wife Helen and I were pretty fit coming from thirty days of high altitude trekking in Nepal but the the steep, rugged trails of the New Zealand back county were still a bit of a shock to the system. Having been beaten back by a heat wave and dangerous snow conditions on the Copland Pass in Mount Cook National Park we moved south to the ‘easier’ option of Mount Aspiring National Park. We tackled the 3-day Gillespie Pass circuit first and then after a couple of days rest by the lake in Wanaka we tackled the Cascade Saddle route, a multi-day alpine crossing. Cascade Saddle has since aquired a notorious reputation following a string of fatal accidents in one particularly steep and exposed section. However the summer heat wave which had scuppered our Copland plans had also melted out all of the snow that can cause problems here – so apart from the lung-bursting climb from the Matukituki Valley we were alright.

After an overnight camp on the saddle, we made our way down the easier western side of the saddle, descending grassy slopes overlooking the Dart Glacier. The ice scenery here was really spectacular, and although the sun was already well up, it was still low enough to add great shadow modelling to the crevasses and seracs. It was definitely a job for the 80-200, but compositions with just the glacier alone were too flat. I needed to add a sense of scale to the scene, so I asked Helen to walk out onto a small grassy slope, while I moved back and forth, and up and down to find a position where I could set her silhouette against the glacier. After ten or fifteen minutes of effort I was finally able to set the grassy slope bottom right and have Helen’s silhouette against the only unbroken snow slope on the glacier that would allow her to stand out against the chaos of the crevasse fields. I also used a polarising filter to increase contest in the scene. As I was shooting on Fuji Velvia slide film I had to shoot fairly wide open – f4 I would think as I was far enough away to have depth of field throughout. I also braced the lens on my walking pole to add some stability as I had no lens or in-camera stabilisation back then. Right away I knew that this was going to be a highlight image from the trip. It perfectly encapsulated the feeling of hiking in a high alpine environment.

The image was immediately successful as good images with human context often are. It’s a style of image somewhat done to death in the age of Instagram, but in the late 1990s it was kind of rare to see a well-constructed image like this from a wilderness setting. It was used by Lonely Planet Images on the cover of their first marketing brochure and a few dozen times after that.