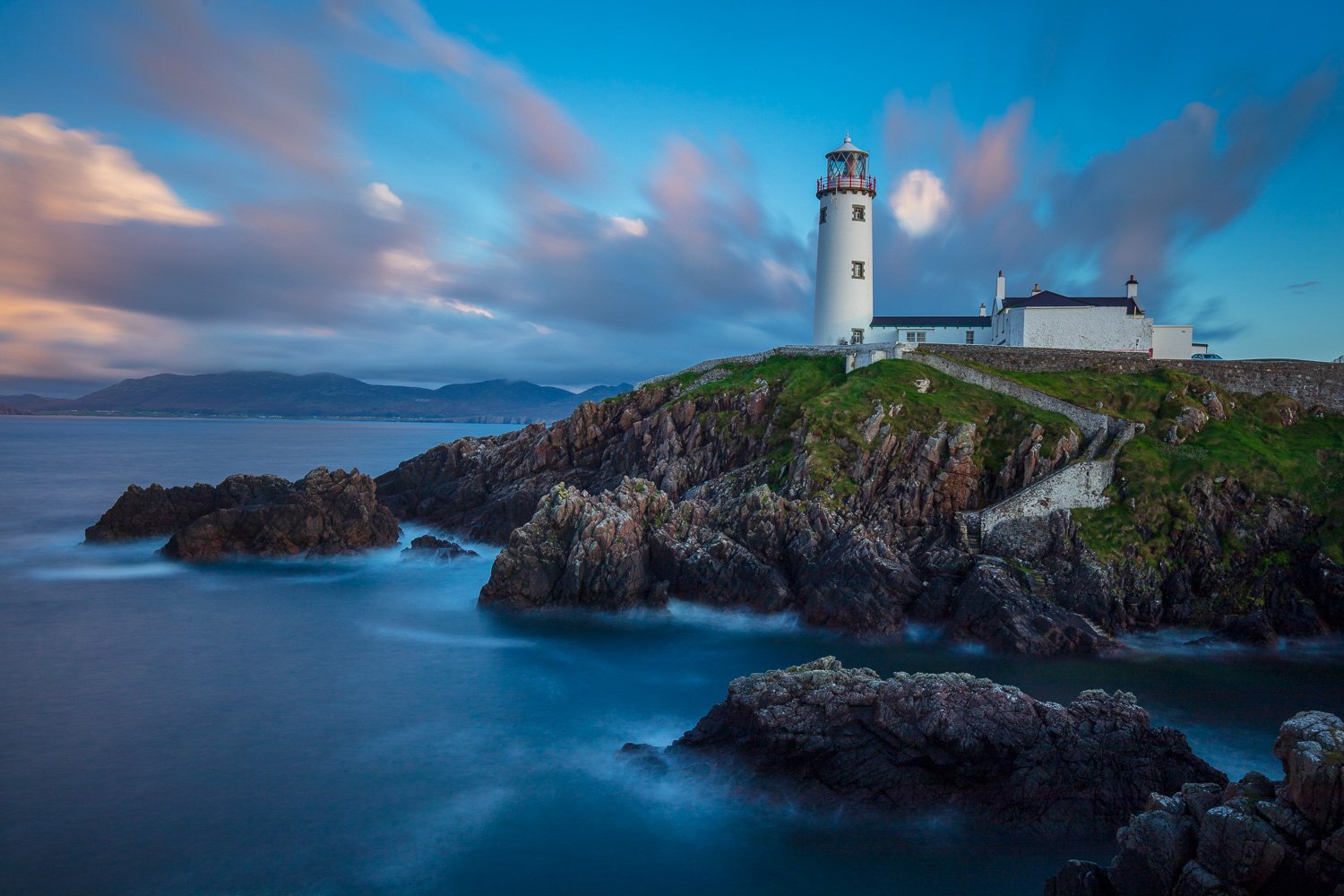 I love to use Windy.com and its App for forecasting because it gives you the satisfying option to flick between three or four different forecast models. Don’t like what you’re seeing? Just try a different one and maybe you’ll see the forecast you’d prefer. But when all these forecasts concur, when they are all in agreement, then you know you are in trouble. It’s the ultimate nightmare of every landscape photography tour leader – a week of incessant rain. Driving west out of Dublin at the beginning of my fall photography tour to northwest Ireland that was exactly what we were facing into. Co-leader Tim Manakee and I were both putting an optimistic spin on the situation, wipers on full, cold gusty winds whipping leaves from the autumnal trees.

Photography tours are not a new phenomenon, but in recent years they have stepped out of the shadowy corner of the niche travel market and become something much more popular and mainstream. A number of factors have driven this: an increase in people with the time and money to indulge their interests and passions, an enormous increase in people interested in photography and a preference among people to include experiences, personal growth and education as part of their vacations. Landscape photography tours meet this demand perfectly blending travel to off-the-beaten-path locations with the opportunity to spend a week or more in the company of like-minded individuals. The travel is curated by a professional photographer with deep local knowledge who is on hand to teach and give advice if necessary. There is arguably nothing more fulfilling in landscape photography.

Except when it’s raining.

But that I guess is when a workshop leader earns their corn. The first day on a tour is often a travel day and this was no different as we made a beeline directly west for Connemara, a beautiful region of lake, mountains and intricate shoreline. Under normal circumstances we might have rested up that evening and enjoyed the luxury of our fantastic rooms at Rosleague Manor but I had spied a 50/50 chance of a break in the rain and we probably had just enough time for an evening shoot. With a grim forecast taking every opportunity was going to be important. So we took the short drive to Glassillaun Beach, a beautiful sweep of white sand hemming a bay of turquoise water. In places the sandstone and conglomerate rock erupts from the sand to provide foreground interest – inland a backdrop of sombre mountains. There are great spots here close to the parking so there was always the option to run for cover if need be. As it turned out we had an hour of calm, dry conditions – cloudy but with a soft light quite favourable for shooting moody landscapes.

Our first full day on tour kicked off with a pre-breakfast shoot at Glassillaun – moody again but still dry. The nice thing about photography in Ireland in September or early October are the convenient daylight hours with long evenings, and sunrise not unsociably early. But they are still a pre-breakfast affair and give you an appetite like no other. The post-shoot breakfast tastes even better when the rain is hammering on the dining-room windows and you already have a few nice captures to show from your early start.

After a couple of hour’s down-time we headed on a tour of Connemara: Erriff Woods in glimpses of sunshine, Killary Harbour with some nice reflections and finally a stake-out at Derryclare Lough We were hoping that a showery rain front would clear through around sunset. It didn’t quite work out, but we had fun between the showers messing with long exposures to smooth out the wind-ruffled surface of the lough.

After two nights at Rosleague we packed up and moved a couple of hours north to Mulranny, a small village on the northern shore of Clew Bay in County Mayo. The following morning we enjoyed a fresh clear dawn with some nice light just after sunrise. The hotel in Mulranny overlooks the shore and we were able to stroll down for photos and wander back for breakfast. But the main focus of our stay in Mulranny was to be Achill Island, one of the most photogenic parts of the Irish Atlantic coast. We sat out the afternoon and then headed out to Achill through relentless drizzle. The satellite was showing a slowly approaching clearance to the west that just might arrive before sunset so I talked everyone round to going on the off chance. Well, to cut a long story short we would have been better sitting in the bar than sitting on Achill looking at the water rolling down the windscreen but there you go, some you win…

The following day looked really promising – high winds and squally showers in the morning were due to settle into a fine, calm evening. More exciting still was the arrival of a large, early autumn swell of a size that doesn’t often arrive without strong onshore winds. There was a need to preserve energy for a potentially fantastic evening shoot so I planned the day around it – scheduling very little. Sometimes there is a tendency on photo tours to try to cover too much, shooting every morning and evening and all points in between. But in truth most people can’t cope with this for more than a couple of days before creative energy dips. Achill did not disappoint, showing us the very essence of the Wild Atlantic Way. We were treated to a couple of hours of gorgeous light and monstrous waves crashing onto Achill’s desolate coastline. It was the kind of shoot that comes along only once in a while. Half an hour before sunset a shower swept through and as it cleared there was an intense rainbow in one direction and the most beautiful golden diffracted light in the other. It was hard to know where to turn. By the end we were exhausted but giddy with the excitement of having shared such rare and memorable conditions.

We left Mulranny and Achill the following day, winding our way north into County Donegal where we would spend the next three nights in the seaside village of Downings on the Rosguil Peninsula. Our main target in Donegal was Fanad Head Lighthouse on the nearby Fanad Peninsula, a contender for one of Ireland’s most naturally photogenic lights. But Donegal has a wealth of excellent photo locations and by now we were living a truly charmed life, with the rest of Ireland suffering under a deluge that brought constant flood warnings on the radio bulletins. The worst we had to contend with was the occasional shower or a couple of hours of rain during which we’d take the chance to relax, recharge and review our images, which at this point on the trip were really beginning to stack up. We toured winding roads across desolate moor and mountain, hiked to wild beaches and headlands and enjoyed our evening meals by the open, turf fires in local pubs.

Our final evening in Donegal held great promise for a shoot at the lighthouse – light winds and scattered showers were in the forecast, so we made our way across to Fanad with plenty of time to spare. It is a really convenient location to shoot – very close to the car and with many vantage points to explore – the kind of place you can lose yourself for several hours. With a pulsing swell pulling at the rocky shoreline it was ideal for experimenting with different shutter speeds. Generally speaking I prefer shutter speeds in the 0.5” range so that I record some movement blur in the water, capturing a sense of energy and motion. Sometimes I will go the whole ND filter route and create a long exposure to completely mist out the water. However it is certainly not a default for coastal images.

Fanad is also a really popular location, and despite its remote situation it is now not unusual to share it with other photographers. In fact while we were there a mini-bus arrived carrying a dozen other photographers. Oddly though they stayed perhaps 30 minutes and then left just as the light was getting really good. Perhaps they had a dinner booking! It’s also worth noting that like all exposed coastline it is not without danger – in fact a photographer was tragically killed here in 2014.

For the second time on our trip we really rode our luck. While all around shower clouds created dramatic skies, we were blessed by a resilient clearing to the west, allowing the low sun to model the lighthouse in a beautiful warm light. After making several exposures from the classic higher viewpoints (see headline picture) I noticed how the waves were drawing in and out of a rocky niche lower down. This would give me the benefit of a strong foreground, and while the lighthouse itself became an ancillary element, it would also benefit from side-lighting and the dynamism of a towering cloudscape and a restless ocean. Once I’d found the location it was easy to pull together the composition and to create my personal highlight image of the trip.

Moving on from Donegal we transferred to the Causeway Coast of County Antrim, where we planned to shoot at Dunluce Castle, The Dark Hedges, Ballintoy and of course the Giant’s Causeway itself. This is a really amazing stretch of coastline with so many easily accessible locations, all within a twenty or thirty minute drive. We were staying at the quirky and atmospheric Causeway Hotel, a listed historic building run by the National Trust, and the only accommodation within walking distance of the Causeway.

Right to the end of the trip we maintained our run of good fortune with the conditions. Despite a slightly grey morning for our trip to the Dark Hedges we finished up with a great evening shoot at the Causeway before retiring to the hotel and a couple of nice drams by the fire. It was a lovely way to finish the tour, enjoying a few laughs, a good debrief of the week’s shoots, and talk of future plans and destinations. A bonus of photography as a driving force in travel is the flood of memories that comes with all of the image editing and post processing. Even now a few months on I’m reliving the trip through my folders of images.

Want to Join Gareth on a Photo Tour? 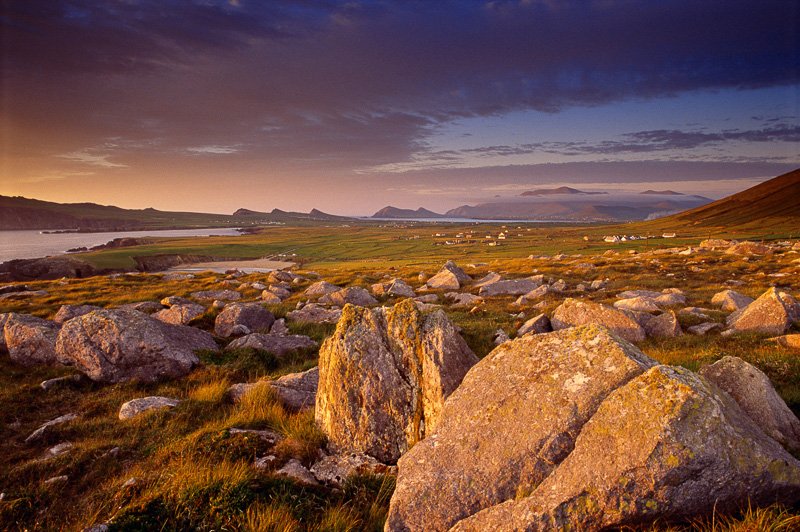 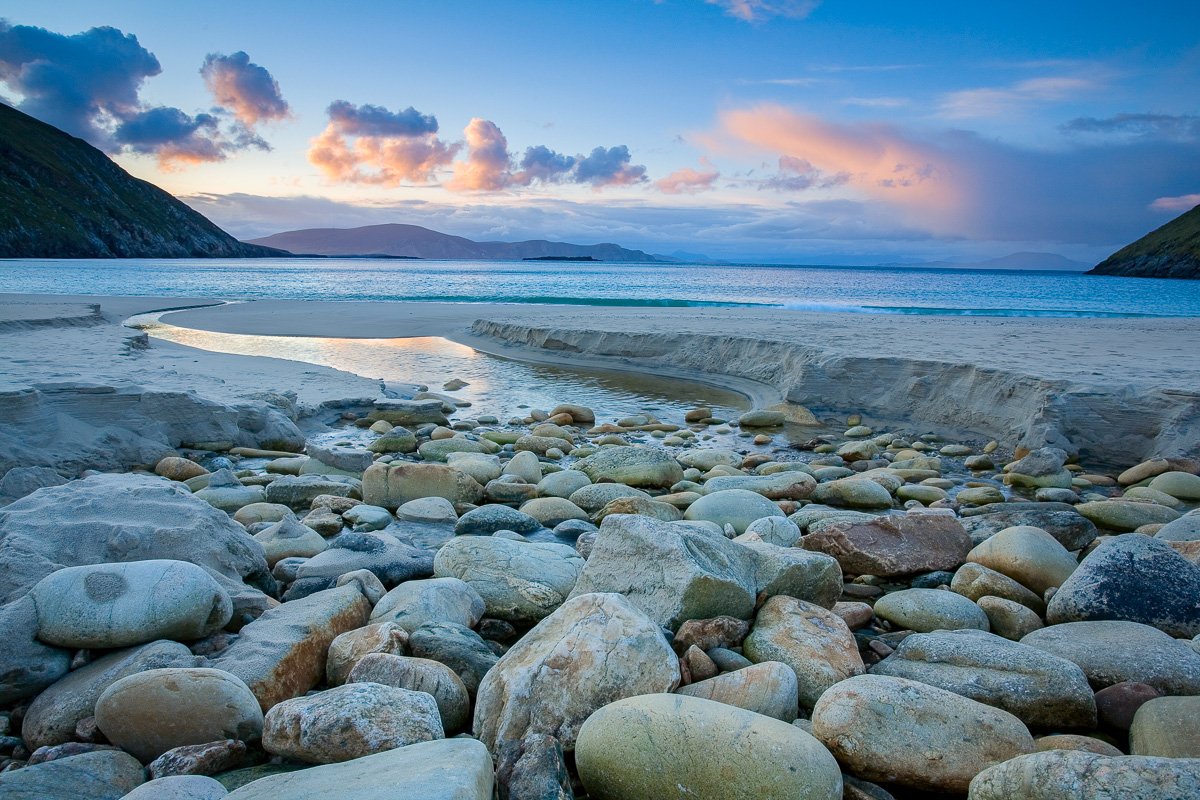 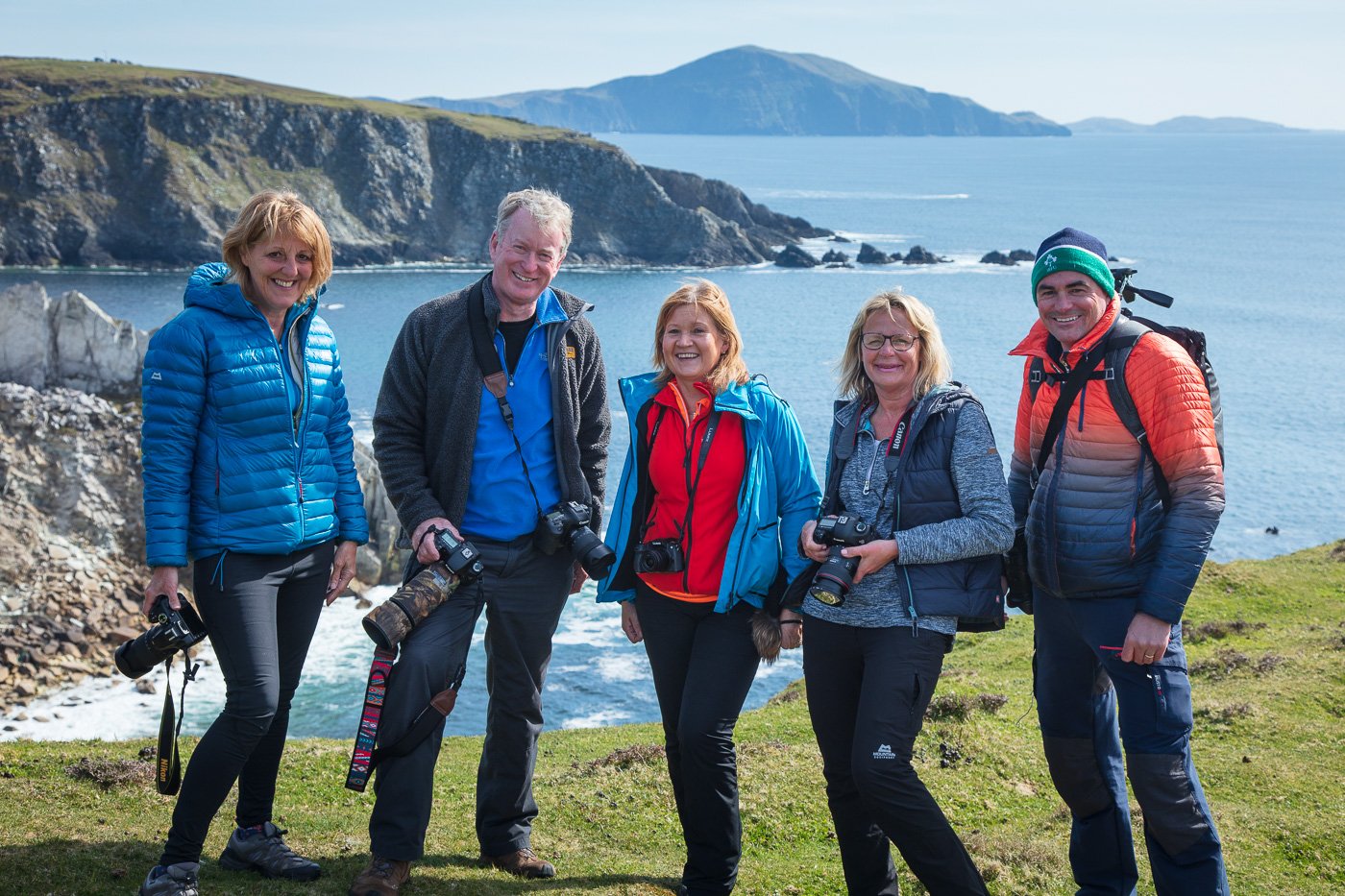